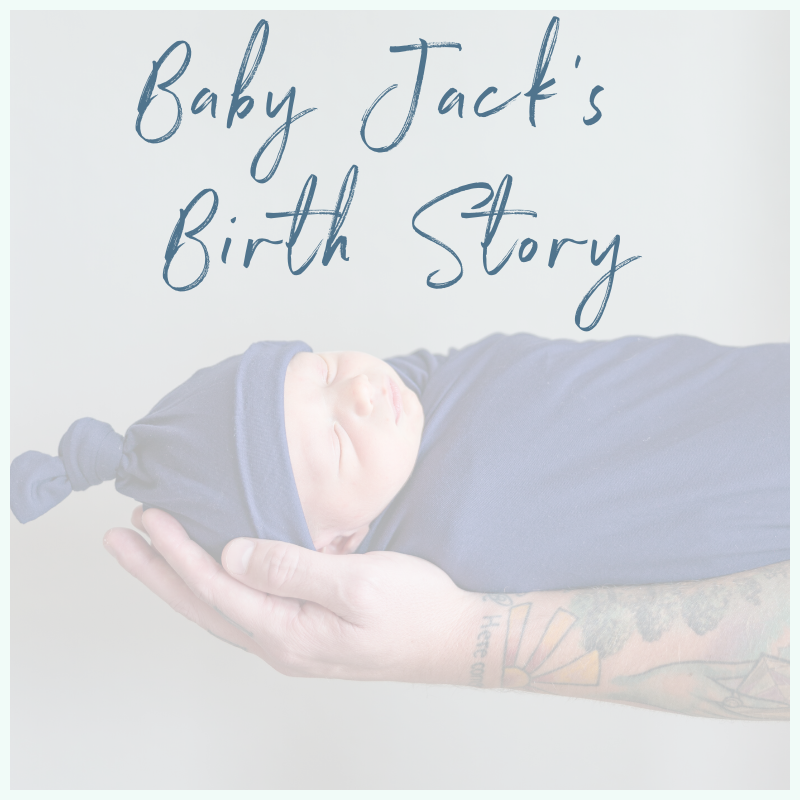 My first baby, Oliver, was born at 37 weeks exactly. He surprised us all and decided to make his grand entrance 3 weeks before his anticipated “due date.” It was a beautiful (but long) completely natural labor, only 20 minutes of pushing, and truly went 100% to my birth plan. I give endless credit of this outcome to my rockstar birthing team of my husband, Hunter, my incredible midwife, Kathy, and the world’s best doula, Bonnie, who also happens to be my sister <3 But it is important to say that I too am a rockstar and worked really hard to push that boy out! He was stubborn, but I was too 🙂

When we found out that (SURPRISE… But also YAY!) I was pregnant again, there wasn’t a doubt in my mind that I needed this same birthing team by my side again to help me achieve another beautiful, natural birth.

I started getting anxious once I reached week 37, since that was the furthest I made it in my first pregnancy. But it was the middle of July in South Florida, record breakingly hot, and I just had such a feeling that this second baby was going to make me wait it out and endure those 100 degree temperatures through 40+ weeks.

It was also around 36 or 37 weeks that I started experiencing pretty intense Braxton Hicks contractions. They would leave me breathless in the middle of meetings at work. By the end of each day, my body was completely exhausted and I was taking epsom salt baths every night just to relieve my body of the tension. So I really didn’t think much of it when, at 38 weeks along, Bonnie was sitting next to me at church one morning, gently nudged my arm and whispered “Are you having a contraction right now?” as she could physically see my belly tightening up.

We went on with the rest of the day as usual, doing our normal Sunday afternoon chores to prepare for the work-week ahead. We were walking through Target to pick up a few last minute baby supplies when I told Hunter I had been feeling Braxton Hicks contractions pretty much all day, and joked about what if they were actual labor contractions this whole time and I had no idea. He laughed and said “You would be the person to have a baby at Target.”

Once dinnertime rolled around, the contractions were still coming and they were now happening regularly on a pattern. I called Bonnie, who answered the phone by saying “Are you in labor?!” instead of hello. I told her what had been happening and we agreed that I would continue to monitor and time them, but would go to bed to get as much rest as possible in case this was true labor. The contractions continued throughout the night, and I rested in 15-20 minute increments between  them.

Around 9am on Monday morning, the intensity and duration of each one had picked up, signaling true labor, and Bonnie arrived at my house to get the party started 😉 My goal with this pregnancy was to spend as much of my labor at home as possible, so I could be free to eat, drink and move around as needed. I joked with Bonnie the whole pregnancy, saying my goal was to “walk into the hospital pushing.” Boy, did I have no idea how true that would be 😀

Once Bonnie got to my house, labor progressed pretty quickly. She worked her magic and guided me through each contraction with her calming, encouraging words and affirmations. I was able to breathe and sway my way through each one in a manner that I never would have been able to accomplish without her by my side. Around noon, the contractions had gotten much more powerful and became increasingly difficult to breathe through. One particular wave came on very strong. Right in the middle of it, as I let out a pretty audible groan, I felt (and heard!) a pop and just like that, my water broke in the way you see in movies and TV… a big burst all over my bedroom floor. As soon as the wave passed, Bonnie quickly and calmly called for my husband to come upstairs. Once he got to our bedroom, she looked at him with wide eyes and said “We gotta go!”

We gathered all of our bags and started to make our way down the stairs. Halfway down, another contraction started, and the pressure in my pelvis was much stronger than any before. I stopped in my tracks, looked straight into Bonnie’s eyes and said “I’m pretty sure I feel a head.” We rushed out to the car and at 12:30pm, off we went.

During the birth of my first son, my body did this crazy and frustrating thing where my labor and contractions slowed down exponentially if I sat or laid down. Labor only progressed if I was standing, so stand I did for all 18 hours until he was born. We blamed it on Oliver, saying he was stubborn. Turns out, it wasn’t just Oliver. It happened this second time as well and that would turn out to be one of our greatest blessings. During the 25 minute drive to the hospital, I only experienced 3 or 4 much less intense contractions, due to the fact that I was sitting down. Had my body contracted normally during this time, our sweet little babe probably would have been born in the front seat of our SUV on the side of I-95.

We arrived at the hospital just shy of 1pm and there was nobody, I mean NOBODY, in the ER to admit us. Bonnie did everything short of jump over the counter herself before finally finding an extremely mellow, very slow-moving man who she gracefully (but with passion) urged to get us up to labor and delivery ASAP. Once we got up there, my midwife was already waiting with a delivery room ready. They pushed me into the delivery room at 1:01, she checked me and said “Get up on that bed, it’s time to push!” I delivered my first son squatting at the foot of the bed (due to the whole standing-only labor thing) and Kathy was quick to inform the nurses on this day that I would likely not be laying down to push this baby out either.

Hunter ran into the delivery room after parking the car, all of our bags hanging on his arms, as I climbed up on the bed onto my hands and knees. Kathy greeted him as he ran in, “Hi Hunter, glad you made it! We’re pushing!” He dropped the bags and ran right over to my side.

A wave of emotions instantly took over… From the moment my water broke, everything happened so quickly. But I did it! I was able to labor and deliver my boy just the way I had envisioned, and it could not have been more perfect. Bonnie and I walked into the hospital pushing, just as we had joked about the whole time! I’ve truly never felt more empowered as a woman than I did in that moment.